This article was last updated on February 1, 2022

He is the most awe-inspiring author I’ve ever read, and the depth of his wisdom never ceases to amaze me. A renowned Swiss psychiatrist and psychoanalyst, Carl Jung founded the discipline of analytical psychology. His education was truly unique – biology, psychology, mythology, religion, literature, philosophy, anthropology, and much more. I have collected these wise and deeply human Carl Jung quotes to give you a glimpse into his incredible insights on psychology and transformations of personality.

Initially, a brilliant student of Sigmund Freud, Jung deeply studied the relations between biology and psychology. Even though many thought he would continue Freud’s work on psychoanalysis, the two had very different ideas. Jung had brilliant concepts of his own, which challenged his teacher on core subjects. Unsurprisingly, different personalities and points of view resulted in many arguments, ending a fruitful collaboration and a friendship.

Carl Jung extensively studied mythology and religion in order to establish central patterns common to all human beings. This led him to travel the world, living among indigenous tribes in Africa and the US, and he deeply immersed himself in those cultures. Additionally, Jung explored the unconscious using active imagination, a technique he developed. He published many thick volumes about his work – which are incredibly difficult, but highly rewarding to read, and a large quantity of scientific papers.

His work has transformed the lives of countless people into more complete, confident and resilient individuals. Jungian psychology is the basis for an incredible amount of research and development, even though academic psychology stays far, far away from his ideas.

If you wish to get into the world of analytical psychology, the best place to start is Carl Jung’s book Man and his symbols. Alternatively, you could start with his student, Erich Neumann’s book The Origins and History of Consciousness. (links below)

Finally, here are 25 Carl Jung quotes for a deeper appreciation of yourself and others:

Thank you for reading our collection of wise Carl Jung quotes! We suggest keeping them around when you need them. If you enjoyed this article, share it on social media using the buttons below.

Which are your favorite Carl Jung quotes? Tell us in the comments section. 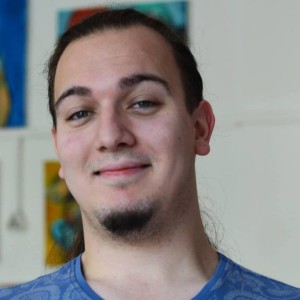