7 Characteristics of a Billion Dollar Idea

That’s the dream isn’t it?

To build a unicorn startup that not only the world talks about, but also use in their daily lives. Plus, the amount of money that you’ll amass will be tremendous and it all started from one idea you wrote inside your notebook.

The only problem is, your idea may not have enough fuel to make it worth a billion dollars. It needs to be refined – it needs characteristics to make it successful. All billion-dollar products have these characteristics. You too can build a unicorn product if you mold these 7 characteristics into it.

7 Characteristics of a Billion Dollar Idea

Same goes with Amazon, most of their revenue depends on third party sellers.

They are just platforms that link buyers and sellers.

It makes sense, because when you own stuff, your overhead costs will be higher – which will result in slower growth.

So look closely at your idea and think of ways you can give ownership to others while still maintaining the ultimate control.

This one is kind of obvious. The cheaper it costs to make your product the faster you can grow. Which is why software companies grow fast… because it costs almost nothing to make another copy.

There are two things you can do – lower the production cost or increase the selling price.

To lower your production costs, you’ll need to negotiate that with your supplier, look for a new supplier or order bigger quantities…

To increase the selling price you’ll need to present your product in a valuable way. But, be careful not to increase the price too much… you don’t want to build a product that only rich people can afford (unless you’re satisfied with being a millionaire).

Avoid becoming the number 1 cheapest product in the market, it’s not sustainable… there will always be someone cheaper than you.

People have habits that they can’t break out of. In fact, around 40 – 45% of what we do is habit. Think of your daily life… when you wake up, the first thing you do when you wake up, how you eat and when you eat, the way you work and everything else you do is pretty much a habit. You most likely don’t even feel it’s a habit, just like everyone else.

And before that, email changed the world… it was just an easier form of messaging. For thousands of years people have been sending letters through messengers and pigeons. Now we do the same thing but electronically.

Same with payments and money transfer… it’s been something our ancestors have done for thousands of years, it’s just done with technology now.

Social media didn’t change people either… it was just an easier way to socialize.

Then came Slack… they created a messaging app for teams and integrated them with the overwhelming tools people already use… it brought it all in one place. Using Slack made people’s life easier… it offered them a better user experience.

On the other hand, when you introduce a product that requires effort and change then it most likely won’t be adopted for the long term. People may break their habits for your product just for a few months, but then they’ll fall back to their usual habits – just like people who go on diets… they go off the diet after a year or a few months.

Don’t try to change people, instead, make pursuing their existing habits easier. Never take user experience (UX) for granted. It’s extremely important. If your UX is bad, then your users will run away. Make sure your product is easy to use as well. If you’re in tech, then you could check out www.walkme.com.

The best thing to do is to track people’s habits. Record them in a log and then dig deeper into why they do these habits… once you find the true reason behind each habit, making a product that people will get hooked onto, will be much easier.

Simply put, billion dollar products are not just a tiny bit better than their competitor products. They are 10x better. That’s because the better advanced your technology is, the longer it will take to imitate… which gives you an unfair advantage in the market… actually it gives you a monopoly and that’s what you need.

Let’s look at Uber again… their technology was much better than calling a taxi on the phone… all they had to do was tap their phone and find a car waiting for them outside. It was also easier for the drivers, they could find customers easier than a traditional cab driver.

Bear in mind that Uber’s technology is useful. It’s loaded with benefits to people. It gives them access to transport easier than any other company.

A lot of startups waste their time on product features that no one cares about.

Look for ways to make your product significantly better than competitors by adding helpful technology. It’s all about sincerely helping people, instead of trying to make a quick buck by selling some features.

Another way to have a competitive advantage is through branding. In fact, it’s one of the criteria that billionaires such as Charlie Munger and Warren Buffett look for in a business. And if billionaires believe it’s worth the investment, then you’ve got yourself a winner.

If you’re just another choice in the market, no one is going to buy from you unless you’re cheaper or closer. But, if you have a powerful brand like Coca Cola, people will go out of their way just to buy your product. If your brand is that powerful then you’ll also survive any economic wave.

Coca Cola has amassed so much brand loyalty that people won’t give up on it – even if there was a cheaper and slightly tastier drink people would still not give up on Coca Cola.

The way to build a powerful brand is by having a Unique Selling Proposition… by being unique and incorporating unique benefits into your product. This is the part where you need marketing.

6. Appealing to a Large Market

Facebook has over 1.6 billion users and growing. Almost everyone online uses Google and Uber is growing faster than ever. Everyone uses Amazon and the same goes with the majority of all billion dollar companies. The more people it appeals to, the more customers you get, the more money you’ll make. But, here’s the thing…

In your early days, you must start small and target only a small group of people. Just like Amazon when Jeff Bezos started selling books from his garage. Amazon started as an online book retailer… nothing more.

Same with PayPal, they targeted eBay users first and then expanded from there. In fact, eBay bought PayPal because it saw most of their users using it.

Facebook started in Harvard, then the Boston Area and now the whole world.

Snapchat started in Standford University and now it has over 200 million users worldwide.

I can go on and on but you get the point.

Launch to a focused group, dominate the market in that small group, and then scale up from there. It’s a bit like war tactics… conquer a village and keep expanding. The trick is to own a monopoly in that tiny market, not just a piece of the pie but almost all of it.

7. Let People Invest Into It

The more someone invests effort and money into something, the more they value it.

I’m sure you can resonate.

Look at Facebook for example. People aren’t likely to leave Facebook because they’ve invested years learning it, uploading their photos, information and a list of friends.

Ikea let’s their customers invest time and effort to build their own products.

Games such as Angry Bird lets users invest money, achieve mastery and rise in ranks in the game. That’s how most billion dollar products get their users hooked onto them… they let users invest.

Investments made in building a skill, a reputation, giving away data, acquiring followers and money. So the question is… what investments do you want your customers to make in your product and how do you get them to do it?

Each product is unique so you’ll have to figure that out on your own.

But, now you have it…

The characteristics to mold into your product to increase it’s winner chances.

No more guess work… It’s time for you to draw a map, find some customers and start collecting the right data.  And once you have the right data? You’ll have a lot more than what most companies do. So don’t get overwhelmed… do the work and build your dreams.

Because you my friend…

You’re going to make it big! 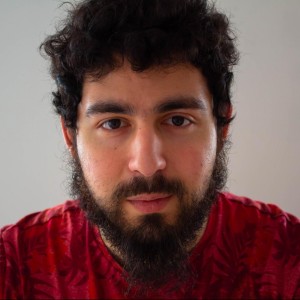 Zak Mustapha is on a lifelong mission to help business people reduce the number of mistakes they make so they can progress faster. Download his free eBook 3 Common Marketing Mistakes You Can Stop Making Today to Humanize Your Brand.