8 Surprising Advantages Of An Introvert

The definition of an introvert is a person who recharges their energy through the process of being alone and feels drained from being over exposed to social gatherings.

Thanks to the technological advances of the 21st century, introverts have a higher chance of succeeding than ever. That is because tools such as social media are making communications easier than ever. Instead of having to speak face to face with colleagues and bosses, introvert can rely solely on social platforms to communicate their messages. Don’t quite believe me about the success story hidden in many introverts? Then look at Harry Potter, Windows OS and the TV sitcom Friends. What do these three things have in common? Extremely successful introverts, including J.K. Rowling, Bill Gates and Courtney Cox.  Actors, entrepreneurs and writers.  These successful people from all walks of life, sharing the trait of being an introvert,  prove that a success and introversion can go hand in hand.

Take a look at the reasons why being an introvert can be a hidden success story:

1. They are independent workers

Their ability to work-independently is one of their best assets. Success stories such as Bill Gates have been able to push themselves to the max with the help of their own self-drive in order to achieve their goals.  This ability to rely solely on themselves, rather than on a team, is a great quality for any entrepreneur.

2. They think things through

Due to the fact that they spend so much time working independently, introverts have the needed time to create proper game plans.  Before they act, introverts think. They outweigh the costs and benefits and create potential plans for the future. Unlike their counterparts the extroverts, these people are not aiming to impress and be the center of attention. Therefore, they are capable of thinking for the good of the team, rather than only for their self-worth.  In the case of business and entrepreneurship, this skill is exceptionally helpful.

They acknowledge the fact that their own opinions and ideas may not be the most appropriate in a given situation, so they take the time to listen to their colleagues. This trait influenced by the fact that their egos do not force them into only seeing their own viewpoints. Thus, they are able to gather the best ideas and people and create the most amazing projects.

4. Humbleness is their secret weapon

Having a huge ego is not something that is often associated with these types of people.  They are capable of acknowledging their mistakes and even more, admitting to them.  They also very good at praising others for the contribution they have made. Thus, introverts are often the ideal leaders. People in such positions such as Barack Obama, are often praised for their ability to lead a group of people and bond them into a team. Instead of ignoring the shy individual in a group, an introvert will always allow them to have a voice. That is an exceptional leadership skill and one that is hard to acquire. They concentrate more on new ideas, rather than receiving credit for those ideas. Here are a few other successful introverts throughout history.

5. They communicate on a deeper level

While it is true that introverts are not the best public speakers, they certainly do not lack knowledge in the communication department. Large groups, conferences and keynote speaking may not suit a person of the introvert nature, but they are exceptionally good at creating meaningful relationships. Introverts are usually able to solidify relationships with potential work partners. This is due to their ability to make lasting impressions while communicating one on one with them. Introverts can learn a thing or two about being good bosses.

6. They prioritize rationality over emotions

Introverts are generally not concerned with looking or acting a certain way in order to fit in. Therefore, they rarely react emotionally to situations that may not result in their favor. Even if they feel emotional about a certain subject or issue, they will figure it out in the comfort of their own privacy. Therefore, the chances of them blowing up, crying or making a scene in the work place are slim to none. Their presence is usually associated with peace and tranquility. Here is how to determine if you are an introvert!

7. They are extremely self-aware

Introverts are constantly trying to make up for their inability to be extroverts. Therefore, they are always bettering themselves.  That does not mean that they are trying to become more outgoing or outspoken, however. Rather, they are trying to expose their strengths even more. Therefore, they are constantly getting better at planning, working individually and contemplating future ideas. A much needed skill by an individual entrepreneur.

8. They are as authentic as it gets

Introverts are generally speaking, honest and down-to earth. Since they are meticulous with the people they choose to communicate with, they are rarely dishonest with them. This authenticity and honestly is usually apparent for their business partners and clients. Another authentic trait of solitary individuals is their ability to be blunt and to the point in their communication. They hate small talk and resort to directness.  Furthermore, they are capable of seeing the general picture in a given situation and are resourceful with their actions.

There you have it! Introverts have hidden potential to succeed and be wise leaders and powerful entrepreneurs. If you find that you are fit into this category of people, acknowledge the fact and embrace the advantages that go along with being an introvert. Take a look at other ways to be charismatic and successful. 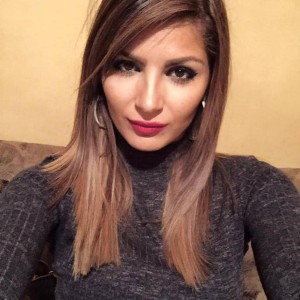 About the author: Stefanie Docheva was previously an author of MotivationGrid. As a journalism graduate from Kingston University London and an avid blogging enthusiast, she regularly publishes articles about motivation, lifestyle, and relationships.
Metamask