Why Conor McGregor Might Be The Next Muhammad Ali

This article was last updated on October 3, 2017

Since arriving in the UFC in April of 2013, Conor McGregor ‘The Notorious’ has created waves. He has fought ten times and in that time has record seven TKO’s, nine victories and two championship belts, three if you include the interim featherweight belt.

We are living in a time where the UFC record book is being re-written by the Irishman. First simultaneous two-weight champion, fastest ever championship victory (Jose Aldo at UFC 194), first to actively fight across three weight classes, dominating the list of top pay-per-view events in the promotion, his has so far been a career of highlights.

Being the greatest often means being notorious. Ali was both then and McGregor is both now.

Ali, in boxing embodied all and more. He was highly intelligent, a natural  strategist and tactician, he was courageous and had the heart.

Known for being cocky and arrogant, but also one of the greatest fighters that ever lived. He was able to predict which round he’d knock out his opponent, and was as fast as lightening.

As a bonus here are some of Muhammad Ali’s greatest quotes.

1. “He who is not courageous enough to take risks will accomplish nothing in life.” – Muhammad Ali

2. “My principles are more important than the money or my title.” – Muhammad Ali

3. “I hated every minute of training, but I said, ‘Don’t quit. Suffer now and live the rest of your life as a champion.’” – Muhammad Ali

And here are some of Conor McGregor’s greatest quotes.

1. At the end of the day you gotta feel some way. So why not feel unbeatable? Why not feel untouchable. – Conor McGregor

2. I’m cocky in prediction, I’m confident in preparation, but I am always humble in victory or defeat. – Conor McGregor 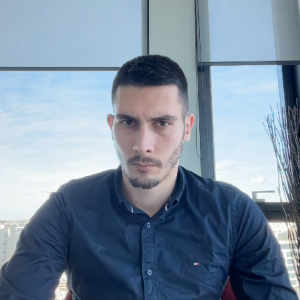 About The Author:   Hey guys, I am the founder of MotivationGrid.com. On the website, you will find detailed guides, articles, and news pieces on matters such as the stock market, Forex, crypto, NFTs, and general financial topics. All content is based on research and backed up by facts.
Metamask

How To Connect Trezor To MetaMask | Step-By-Step Guide

As you probably already know, Trezor is a company that is developing some of the highest quality hardware crypto wallets on the market. Most notably, their Trezor Model T’s