Could It Be That We are All Smart?

One of the most difficult things about defining the word ‘smart’ is that there is no binary characteristic that makes a person smart or not smart. The definition of the word, at least in the way that people would apply it to themselves or others, changes depending on circumstance. For example, a three year old building a Lego structure that most first graders would find challenging to complete might be called ‘smart’ by people witnessing that event. However, they may not use the word ‘smart’ to describe the same child if they had also witnessed his inability to answer an inquiry about wanting milk or juice with breakfast.

Of course, this ambiguity doesn’t just apply to children. Adults are also subject to being intelligent in one sense and not so smart in another. For evidence of this, ask a professional contractor about the messes they have cleaned up when people have attempted home or auto repairs themselves, and then failed miserably. You will hear stories of people who were clearly smart enough to own homes and cars, work at jobs that paid them lucrative salaries, but at the same time lacked the intelligence to understand that they were in over their heads attempting to make repairs or to manage their own finances.

So could it be that we are all smart?

Before the concept of multiple intelligence was introduced to the masses, the measurement of whether or not a person was smart was based on test scores, IQ, grades, and other specific metrics. A student was considered “smart” or intelligent if s/he had what are known as the skills of recall and comprehension.

In other words, the student was able to memorize and recall facts and information and was also able to demonstrate that he understood what those facts and information meant. Thus, Johnny can recall the math fact, 2 + 2 = 4 and understand that if you have 2 objects and add 2 more, that you will have 4 objects. Unfortunately, this only demonstrates the first two levels of cognitive thinking skills as defined by educational psychologist, Dr. Benjamin Bloom and his colleagues, at the University of Chicago. The additional 4 levels of thinking skills – application, analysis, synthesis and evaluation – are not truly evaluated by standardized achievement tests and only to some degree on IQ tests.

These higher level skills are what allow individuals to take information and to do other things with it – apply it to new situations, break it up into its components for a deeper understanding, tie it to other information in order to come to conclusions and, ultimately, to come to judgments about the worth and value of information and points of view, in order to form intelligent opinions.

Thus, a student who has never memorized his math facts might very well be able to manipulate them in new and different ways when those facts are provided. He, then, has a higher level of intelligence than the students who can only memorize and understand.

Enter the Concept of Multiple Intelligence

Harvard professor Dr. Howard Gardner developed the concept of multiple intelligences which he published in 1983. This theory insists that the traditional idea of intelligence is too limited. He identified and defined 8 separate intelligences which relate to personal and professional success, most of which are not “honored” by educational institutions. Schools, he claimed, only focused on linguistic and mathematical intelligence, ignoring many other “smarts” such as interpersonal, intrapersonal, naturalist, spatial, and others.

Once the theory of multiple intelligences hit the educational community, teachers and administrators began to incorporate the suggestions of Gardner and his colleagues that followed him. And great strides have been made. Unfortunately, teaching to multiple intelligences requires greater planning on the part of teachers, and is not so easily implemented in the classroom.

Still today, many children who exhibit intelligences other than linguistic and mathematical continue to be labeled as underachievers, as learning disabled, or worse, by educators who still hold to the basics of the “3 R’s” as the purpose of schooling.

Following the work of Bloom and Gardner, was a large community of educators who put forth the concept of different learning styles. Their work built upon their predecessors, proposing that students must be taught differently dependent upon their best method of learning and, if not, they would do poorly and could ultimately “shut down”.

These educational leaders pointed to the importance of motivation in learning, that motivation being turned on by honoring a student’s leaning modality. Drs. Robert Sternberg and Bernice McCarthy, of Cornell and Northwestern Universities respectively, speak to the need of teachers to plan learning activities in the classroom to honor all types of learning and intelligences, so that more students may reach their potential. In schools where this is done, the performance rates rise.

What all of the research and all of the real-world observation tells us is this: being smart is fully relative and fully diverse. We have, in this human race, a rich diversity of people with individual cognitive strengths and weaknesses. The auto mechanic and the surgeon have very similar intelligences, though they choose very different careers. The computer programmer who has no common sense contributes a great deal to an organization. The manager with lots of common sense takes a step-by-step approach to identifying problems and methods to solve them. Everyone has an intelligence to offer; and everyone should be honored for that.

At the end of the day, the word smart may be too subjective to have any practical use. It may be a good idea to eschew the use of that word and replace it with the word intelligent. Unlike ‘smart’, the concept of intelligence is not at all binary. 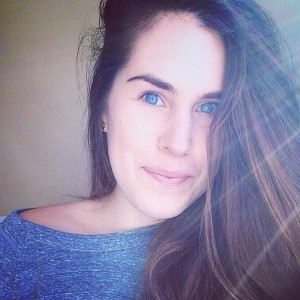 Kerry Creaswood - blogger from Savannah, GA. She is fond of various forms of art and thinks that everything we can imagine is real. To find more about Kerry - check her Twitter or read her blog.
Metamask