10 Great Ways You Can Deal with Selfish People

This article was last updated on December 31, 2015

Thanks to our hard-wired human instincts, we are all selfish — to some extent. For instance, I am selfish,especially in the mornings when someone tries hard to wake me up for something important. I hate to admit it, but even if someone tells me that the world is coming apart or Martianshave abducted people from another country, I would simply turn over and tell them to let me sleep until they knock our door.

Let’s talk about you. What about that delicious leftover you left in the fridge to eat later on in the evening? Would you be happy about some neighbor or sibling popping in and finishing off your favorite meal while you were out? Don’t worry. You aren’t the only one who would secretly want to scold them on their next meal steal.

To desperately want to satisfy your human needs,the things I mentioned above is pretty normal.

But then, there are the greedy, miserable, vile and vicious kinds. They believe that they are all about survival and “living up to the world”. These mean, monstrous and truly selfish beings are the kinds you want to deal with extra care, before you also become a victim to their abhorrent evolutionary instincts.

Here are 10 ways on how to tame those selfish beings, teach them a lesson, or peacefully trot away…

10 Great Ways You Can Deal with Selfish People

1) Spot the Monster: The first step is to recognize this selfish brat of a being. They might be a friend, a spouse, a parent, or any other significant person in your life and you might unknowingly be cutting them some slack as a result of your own true and unselfish love for them.

This is going to be a person who expects too much from you and gives too little in return. Here are 6 ways to spot them before you get hurt. Relationships with these monsters are never beneficial and will eventually end up in pain and disappointment.

2) Kill the Ego: Once you have recognized the monster, you need to face it. The perfect moment would be the next time they flash off their cruel personality.When they will approach you, it would be for a “small favor”, or something that will benefit them in some way (and not you). You can respond to this by asking them what’s in it for you. Or, you could tell them that you would perform the task in return for a favor they do you first. If they try to still guilt you into it, tell them what you honestly think about their never-ending selfish intentions.

Here is an example: “Last week, I was feeling really upset about my personal issues and I told my friend I needed someone to talk to. Hereplied saying that heis really busy at the moment and so he didn’t even bother to ask what it was about. It felt like he really didn’t care.”To face such people, be honest and upfront about your feelings.

3) Restate, Rephrase, Repeat: Selfish people don’t give consideration to what the other person has to say. They prattle on and on about their “problems” or “experiences” and ignore what you have to say about yours. One way to deal with their ignorance is by making them listen to you and asking them to respond. Re-state, re-phrase, and repeat what you have to say until you receive an adequate response.

4) Agree on Turn-Taking: Don’t hesitate to try a few experiments on your monsters first before dropping them in the dump.

Try a “turn-taking” experiment where both of you take turns to speak, listen, and do favors to each other. Let this be a condition to the relationship and see how it goes.

5) Win the Heart: Many monsters are narcissists who are created as a result of self-defense from past unresolved needs for care and attention. It could be the way they deal with their former wounds. A selfish person will always attempt to be independent, or at least appear independent.Try to change that by winning their heart and making them be depended on you. How? There is only one way to do this… (point 6)

6) Cure the Culprit: Try the time-honored magical cure: love.  Cure the culprit by first winning the heart and then teaching him, through your own actions, how to truly and selflessly love someone.

Show him how to sacrifice or put someone else’s needs before your own. Let him choose the next vacation spot, give him presents in special occasion without reminders, speak words of kindness, show acts of service for nothing in return, and shower him with an abundance of unconditional love. Remind him again and again that this is true love and sacrifice.

If your monster is a significant other or any other family member, then your efforts and patience in determining whether or not the love-cure will work on him should be worth it.

7) Set Clear Boundaries: Sometimes, it pays to set clear limits with these callous people. If they have no respect whatsoever for the amount of investments you put into the relationship and offer no return, you need to tell them that there are boundaries.

For instance, your long distance sister-in-law expects you to have open doors for her and let her eat off of your earnings whenever she pleases. Ask her, “Can you bring a bag of groceries on your way?” or “We can order Chinese! Dinner’s on you!” If she’s a stingy sucker, she’ll make an excuse not to come.

8) A Dose of Their Own Medicine: The monstrosity in these selfish beings could be put to rest by giving them a dose of their own medicine. Don’t give them the “special treatment” they want. Start hanging out with someone else, ignore their calls, or talk over them and see how they respond. They will protest and throw a bunch of nasty remarks at you about your attitude. Tell them, “Now, you know how I felt when you did—- to me“.

9) Detach and Withdraw:Give them the last “not interested” card and survey their response. If they have even an inkling of love, care, or interest in you, they would wonder what happened. A selfish person has a fake and inflated sense of importance. When they are not receiving the treatment they once received from you, they will notice detachment and withdrawal because that they will miss that sense of self-importance you gave them. Upon confrontation, tell them exactly how you feel:

“I have been feeling lately that our relationship is one-sided. I have been giving too much and taking too less in return.”

And if all else fails…
10) De-camp: If you have given them too many chances and they still choose “self” over sympathy, know that any more of your efforts would only be wasted. The person may be too far gone to realize the importance of justice, compassion, true love and care. Don’t let this person prey on your weaknesses anymore and hurt you with their tainted views on friendship.

Before you exit the door, make sure you let them know how you felt about the relationship and state your reasons for leaving. Not only will this remind you of why you made the decision to de-camp, but it will also make sound and solid impact on the selfish soul you had to put up with for so long – hopefully! 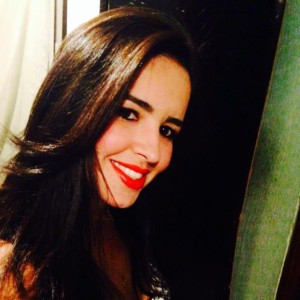 An specialist in the realm of corporate consulting, Skornia Alison helps emerging managers, leaders and entrepreneurs with finding a less rough path to strive and thrive in their endeavors. When not working, she works as a volunteer consultant for a service that offers financial help for college students essay.
Metamask