There are numerous types of people out there in the world. But some people are so sensitive that they connect the events occurring in their lives with their emotions. Those emotions are so intense one can see them in their behavior as well. Sometimes we don’t realize what happened to that person and why he/she is behaving this way because they couldn’t even communicate properly. These people aren’t bad or they’re not deliberately doing it. Their behavior is often related to their past experiences or current circumstances they’re going through. And most of the times they’re unable to resolve those issues by themselves.

It is also observed that a highly sensitive person goes through depression or have anxiety attacks. It’s because they feel nobody could understand what they’re going through. They feel alone and helpless about their situations which leads them to depression and anxiety. But that’s not always the case, many such persons live normal lives too.

Here are few highly sensitive person traits that are exhibited by all emotional people.

They always connect each event with an emotion

These people can easily connect each event with an emotion and that too with a heightened sensitivity. Sometimes we find them linking an emotion with a very unlikely events such as someone dying in the movie, a TV show closure, etc. This might take days for them to recover from those emotions. I have seen one of my friend who used to cry in every drama/emotional movie we’ve watched together. She is way too sensitive person I’ve met in my life.

They outcast themselves once sense fear of any kind

A highly sensitive person in most cases keep him/herself outcast due to fear of being judged by other people around him/her. They fear that people will laugh at them or make fun of them or will not accept them in their groups. Or if they’re in already in a group they generally outcast themselves once someone pass any such comment about them. They feel they are better when they’re alone.

They master the “runaway” skill

This point relates to the movie “The Runaway Bride” where the main lead character Maggie Carpenter who used to leave her betrothed standing at the altar. She was afraid if she’ll get married to a wrong person then her life will be a mess. She was afraid that her decision wasn’t right every time she ran away. To my opinion she happened to be a highly sensitive person. I think this movie is the best example to prove my point here.

Highly sensitive people can feel what others feel thus it pulls their creativity out. They pour out their emotional side through paintings or music or anything that’s relevant to art. They can identify a good art just by looking at it. Because they’re so detail-oriented they can look at some really amazing tiny details in the piece of art which people overlook and find themselves asking, “why didn’t I notice that?”

Most of us do have some sort of intuitive mind but a highly sensitive person has got a really great kind of intuitive mind. It’s like they can guess or predict the things almost 99.9% right. If something’s going to happen or what the other person’s next move will be, they can tell you in advance. And they’re pretty good at it.

These persons think from their hearts, they take each small matter to their hearts. People always advise them not to take anything personally or not to overthink about something because they get easily hurt. Sarcastic and straight type of comments can hurt them like anything. They get hurt so deeply that most of the times they end up crying for hours or days.

Full on drama or No drama at all

They can create drama for something or no drama at all. By creating drama I meant a highly sensitive person can literally cry in front of people without knowing any consequences. Because for them it’s important to pour out the emotion at that time than to wait for the right time to show it. Sometimes they can even do the exact opposite. They can shut themselves totally and avoid talking or reacting on any of the issue or circumstances.

They hate loud noises and violence

Furthermore, they are the peace loving creatures. Going to a hard-rock band concert is not their cup of tea. They can’t tolerate the loud noise at all and instead  prefer quiet places. Neither loud noise nor violence. They just can’t stand violent movies or anything that is upsetting and disturbing. Both of them do not appeal to these people.

They are not good decision makers

Because of their inability to cope up with the situation practically they don’t make a good decision maker. It stresses them out when they’re assigned to decide anything on their own. They are afraid of the fact that if things will go wrong they might not be able to handle it. Whether it is deciding a dish to order at the restaurant or deciding which color would look better on their wall, they always take a little longer. It is harder for them what is right and what is wrong. In most cases, they give decision making to someone else.

They have a hard time managing multi-tasks

A highly sensitive person gets overwhelmed when assigned different tasks at a time. They are likely to become anxious or get stressful and that result into being less productive. Also, they cannot prioritize their tasks according to the requirements if any deadline is given to them.

They are always in search of peace

Finding peace is one of the highest priority in their lives. Their inner selves are their hiding place. This often leads them towards spirituality. They get  moved by spirituality or anything helps them find their inner peace. Their soul is always in search of peace of mind because their mind is always on an intense emotional zone.

Criticism is not meant for them

Normally healthy criticism is necessary for a person’s growth. But a highly sensitive person cannot take any kind of criticism from anyone. They’ll do anything to stay far away from being criticized because they know it’ll affect them more strongly.

Are you having the above mentioned highly sensitive person traits? I want to tell you one thing, don’t listen to people who bad-mouth about you or try to belittle you and just believe in yourself. Nobody is perfect in this world and the one claims to be perfect is living a lie. If you have above written highly sensitive person traits then it might be due to some events that have occurred in your past life and you might not be able to come out it. This is the case most of the time I believe. There are some quotes about change you would surely like to read.

You know these people are neither crazy nor have some mental illness. They are normal persons just like you and me. The only thing makes them different is their inability to balance their emotions at certain point of time. People make fun of them behind their backs or sometimes become so rude and make their fun in front of others for being sensitive or emotional. They often hear these sentences, “Oh man! You’re being so over emotional about it” or “Babe, Don’t take it so personally” or “Honey, You’re just overthinking” or “Why do you become so over-emotional about it?” etc. Actually these type of sentences or questions make them more vulnerable. If we really want to help them then better we stop asking or telling them that they’re over-emotional. 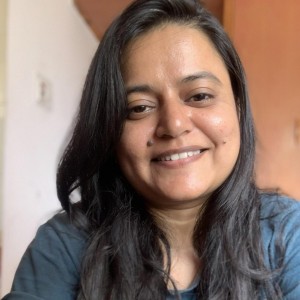 How To Add Syscoin To MetaMask – Complete Guide

How To Add Aurora To MetaMask – Guide + Images