This article was last updated on September 13, 2017

Regardless of the size of your workplace, whether it spans the globe or you have just a few employees, the importance of getting along with one another cannot be understated. There is, of course, a difference between congeniality and actual friendship. This difference begs the question: would it be more beneficial for a company to take steps in encouraging socializing in the work place in order to enhance employee motivation?

Here is the truth about socializing in the work place and developing a strong work ethic.

What does the research say?

A recent study undertaken by Wildgoose of 120 workplaces in the UK found that sixty one percent of the respondents rated having friends at work as more important than good pay. This shows that for most people progressing in the workplace is not enough if there are no commonalities within the people they work with. Bonds among employees are strengthened by a shared working relationship and knowledge of what the function of each member is within the team, as well as any shared stress of the job at hand.

Human resources are met with a situation wherein the motivation of each employee cannot be improved simply through the offer of more money, since so many value friendships over wages. The ability for human resources to pursue different avenues when it involves maximizing productivity is important in meeting each employee’s individual needs.

While there are many different reasons why the results came out as they did, for employers of a largely same sex workforce, the results could be particularly beneficial. Fifty seven percent of total respondents agreed that having a friend at work made their work day less mundane. They also believed that having a friend at work resulted in a higher level of creativity at work.

The other side of the debate

Not all results of the study were in favor of workplace friendships. In fact, twenty-four percent of the respondents felt that having a friend at work would result in a distraction that may inhibit productivity. Eleven percent did not feel that they had a best friend at work, which shows that efforts could be made to make links outside of the office between employees, to facilitate a greater degree of productivity and creativity within the office.

Age did not seem to play much of a role in the decision of pay vs. friendship, with a majority of the respondents in each category stating that they prioritized socializing over money. The exception was the 26-34 age range, of which thirty percent stated a preference in wage over friendship. This was higher than any other age group, but is not surprising when considering that this age range is just starting in their career and wishing to focus on building it

Twenty-six percent of the respondents from small companies with up to ten employees noted that they did not have a best friend at work, compared with the 12% of respondents in a corporate setting who agreed. This shows that there is a lot of scope to create the opportunities within both small and large companies to increase workplace friendships.

Overall, the survey brought to bear the obvious need for an increased effort by companies of all sizes to create workplace friendship opportunities among employees. It is clear that friendships and happiness at work result in increased productivity and efficiency levels within the workplace. 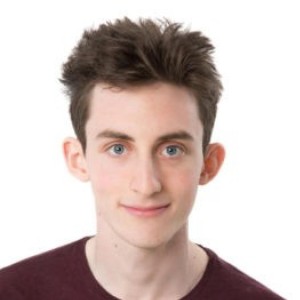