Should I Buy Tesla Stock? – Investing In The EV Giant

This article was last updated on February 16, 2022

Tesla is definitely one of the most discussed and favored stocks on the market today. This is in no small part thanks to the company’s meteoric rise in value and the popularity of its founder and CEO – Elon Musk. In 2021, Tesla’s market capitalization surpassed 1 trillion US dollars, making it one of the most valuable companies in the world. Today, it sits alongside the likes of Apple, Amazon, Google, Saudi Aramco, and other goliaths of industry. Tesla is also the market leader in the electric vehicle industry. Over the past decade, it has been at the forefront of technical development and now stands as the benchmark for electric cars. All of this has made many retail investors ask themselves, “Should I buy Tesla stock?”.

What Is Tesla Inc.?

Tesla, Inc. is an electric automobile manufacturing company founded in 2008 by billionaire Elon Musk. Since its inception, it has become the leading brand in the electric vehicle (EV) industry. The company has been at the forefront of developing new technologies and disrupting the sector. Apart from pushing for eco-friendly, electric-powered vehicles, Tesla has also spearheaded the advancement of self-driving and automation technologies. In fact, Tesla cars are already able to drive fully autonomously in the United States. However, local legislation requires a driver behind the wheel at all times, even if they are not actually driving.

Today, Tesla cars are the go-to choice for customers looking to switch over to the new power source. The brand is synonymous with quality, power, and stylish design. As the first company to consistently and aggressively position itself as an EV manufacturer, Tesla currently holds the largest market share in the sector. While the company’s products are the main reason for this, its strong brand identity and cult following are also significant factors. The company’s founder, Elon Musk, has also played a large role in its success with his very public persona and active social media presence. This strong feeling of brand identity is exactly what has caused so many retail investors to buy Tesla stock.

Tesla’s forward-thinking and future-oriented business model has given the company a good outlook for the foreseeable future. As the world turns to alternative power sources, Tesla’s already growing sales numbers will only increase. The company reported over 499,000 units shipped in 2020, while over 627,000 vehicles were sold in the first three quarters of 2021 alone. Meanwhile, their market share remains the largest in the US. Although it has slightly diminished over the past couple of years, it was still an imposing 66% during 2021.

As the crown jewel of Musk’s corporate empire, Tesla is also part of a vast network of interconnected companies spanning multiple industries. This gives it the unique ability to benefit from the innovative initiatives and industry-leading developments each of these provides. Back in 2020, Tesla collaborated with SpaceX, Musk’s spacefaring company, to create a new manufacturing process. By leveraging the rocket producer’s technology, Tesla was able to cast the front and rear parts of the Model Y‘s body as a single unit. This streamlines the manufacturing process and reduces its overall cost.

Meanwhile, apart from being a manufacturer of electric vehicles, Tesla is also a leading developer of battery cells and solar energy systems. As such, the company pays some of the lowest prices in the industry for the batteries used in its automobiles. At $187 per kilowatt-hour (kWh) for battery production, Tesla pays 24% less than the industry standard. These are savings that the company passes on to its customers and are reflected in the final prices of its products.

Tesla also has several subsidiaries, chief among which are Tesla Energy, Tesla Grohmann Automation, and DeepScale. The former is the company’s energy and power division which mainly develops rechargeable lithium-ion batteries and solar power panels. Meanwhile, DeepScale is concerned with the development of automation and self-driving technologies. This is another sector where Tesla is an industry leader that is driving innovation.

Is Now A Good Time To Buy Tesla Stock?

Ever since 2020, Tesla stock prices have been increasing exponentially. This can be accredited to a combination of numerous factors that have aligned during this time. These include an increase in retail investments, market instability due to the COVID-19 pandemic, increased market exposure, promising technology, increasing ecological concerns, media attention, and the cult following that founder and CEO Elon Musk has cultivated for himself.

A significant milestone was Tesla’s addition to the S&P 500 index in December of 2020. This caused numerous other indices to follow suit and include the car manufacturer in their portfolios. Currently, the company figures in 244 ETFs. It also accounts for over a quarter of the yearly return in most of them.

However, economists are unable to reach a consensus on whether or not the current price of the stock is realistic. Many experts, including Tesla’s founder himself, have stated that the company is currently overpriced. They argue that the fundamentals and reality of the organization cannot live up to such a lofty and unrealistic valuation. In December 2021, Elon Musk sold off $1.02 billion worth of his shares in the company. While he did ask his followers on Twitter whether he should do so, many suspect that to have been more of a publicity stunt rather than a real question.

While it is impossible to tell when, if ever, Tesla’s price will fall, the company continues to appreciate. It even started 2022 off with a bang, as share prices surged by 13.5% on the first trading day of the year. This was due to the company exceeding the projected shipped units for the fourth quarter of 2021. According to the report, Tesla managed to deliver more than 308,000 units, exceeding analysts’ projections by about 40,000.

Suggested: The Best Penny Cryptocurrencies To Invest In 2022

Final Thoughts On When To Buy Tesla Stock

No one can say whether Tesla’s prices will plummet or continue to soar. Or when the best time to buy Tesla stock is. While many conservative economists are pessimistic when it comes to their valuations of the company, they have been unable to accurately predict or anticipate the unprecedented success of the company. Many have been acting as doomsayers, cautioning that the prices would plummet as the company’s valuation is unrealistic.

However, these forecasts have failed to come to pass, and the prices of Tesla stock keep climbing. If we are to follow the trends of the past couple of years, then they will likely continue to do so. There is also a good reason why so many prominent indices have heavily invested in the company. However, the stock market is highly unpredictable and volatile, especially in today’s world. One should always be sure to do the proper research and due diligence before investing. No matter how much of a sure thing any given prospect is. 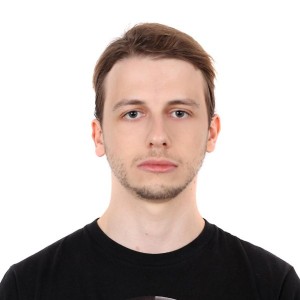 Aleks is an in-house writer for MotivationGrid, covering all the latest market shifts and developments. A graduate of the University of Bradford, he has experience with financial markets as well as the latest cryptocurrencies and crypto assets.